skip to main | skip to sidebar

Due to a recent addition to the family, I felt the blog needed a new name.


The link won't work so

Yesterday was so pretty so we went to the park. The boys were not too cooperative, but I did manage to snag these 2 pictures. 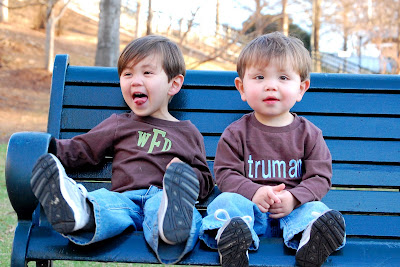 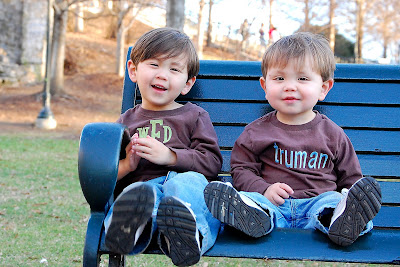 So, we need to go today and get Walker some new jeans

I really was hoping to ride out these that he is wearing until it warmed up and he didn't need pants, but it is clear by seeing him today that this ain't happening. I am not sure what it is, in 6 months he has only grown 1 measly inch, but all his pants are getting to be too short on him. So off we will go this afternoon and I hope we find a sale.

Someone else in this house is about to need new pants as well. ME. I am still ok with wearing my regular ones, but I am sure the morning will come when all of the sudden nothing will button and I will be in trouble. So, while we are at the mall I might look at pants for me, as well.

Truman needs no pants. We have pants in all sizes from small to Walker so he should be covered.

I just thought ya'll would like to have me update my blog and right now pants is all I could come up with. 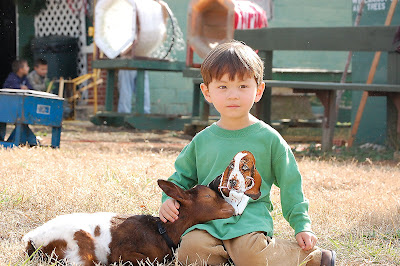 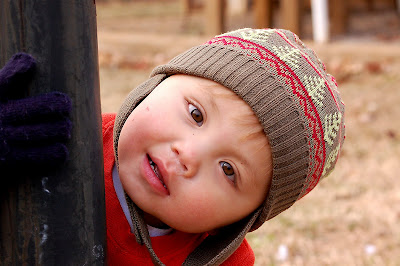 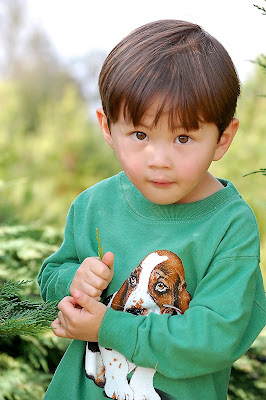 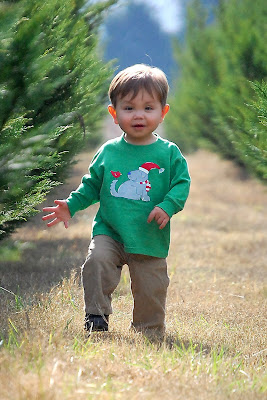 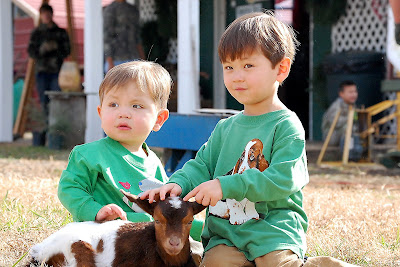 The boys are doing good. Walker is getting to be so grown up. He has been telling me today that I am his friend. It is so cute. Truman is crazy. He is into everything and saying almost as much.

We got our Christmas Trees today. They had reindeer there and the boys loved seeing them. They also had a baby goat named, Leroy, whom Walker just adored. The kid needs a kid...hahaha.

I promise a big update soon. Here are a few pictures, though.

Posted by Michelle at 6:45 PM 6 comments

Had to show off the new Jammies

Mom got the boys these cute Nick and Nora pjs at Target this afternoon. Please excuse the horrible picture and background, but I had to snap a pic quickly.

Posted by Michelle at 3:51 PM 1 comments

Boy, it sure has been a busy day. It is closing in on 11 pm and I am just now starting to relax from it. Walker had a Jamboree at school today, they had a pumpkin patch, carnival games, crafts, candy, and a picnic lunch. I signed Carter and myself up to work. I was in charge of the craft room (they made fall picture frames) and Carter help the kids from station to station doing fun things and playing. We all at lunch together. I forgot my camera. I couldn't even believe it.

After school Truman fell asleep on the way home. He ended up taking a much needed Halloween 3 hour nap. WooHoo. I forced Walker to nap as well and he obliged. I think the morning was enough for him and he was dozing an hour after we got home. After he woke up, we got their costumes ready, carved a pumpkin, and got Truman up. They got dressed and we went outside and took pictures. For 2 excited boys they did good with the pictures. I am happy with what I got...for the first time in 3 years.

We went to Mema's house first. They had a great time shooting their new gun that they had gotten early this morning and Mema got them some really cool trick or treat bags.

Next up we stopped by Gigi's. She was dressed up with a clown wig. They boys got some candy and we were off to Mimi and Pappy's house.

We ate dinner over there and then Mimi helped me take the boys out since Carter had to work tonight. I was very impressed with how much they loved trick-or-treating. They had such a good time. Walker knew he was supposed to ring the doorbell and would announce, "frick or freet". Truman surprised me with saying "thank you" or something close to it a number or times. We ended up going house to house for almost 2 hours. 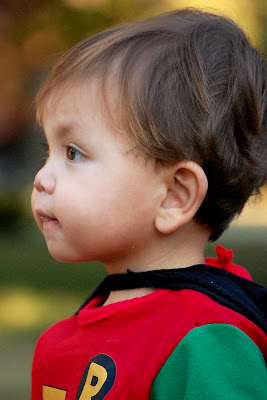 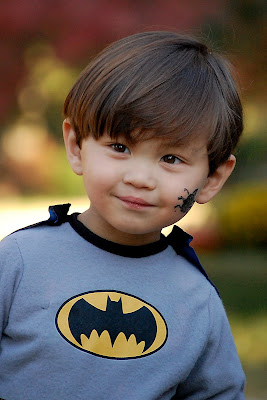 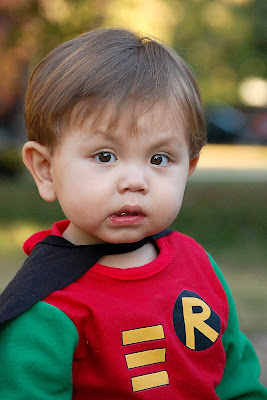 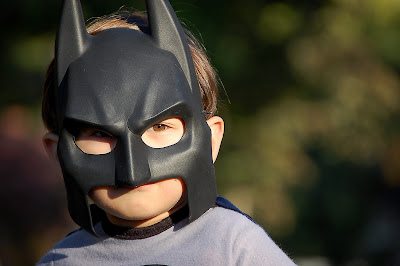 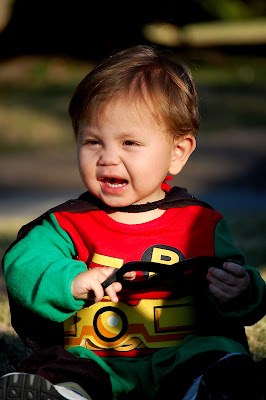 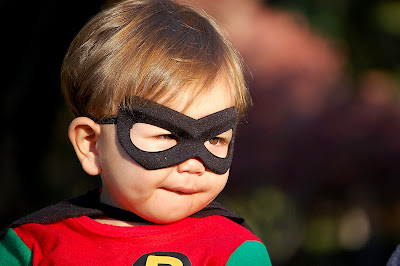 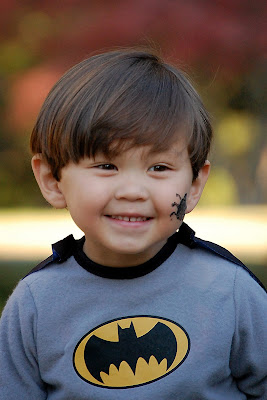 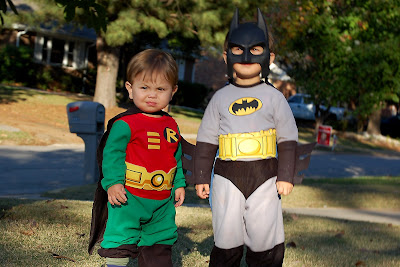 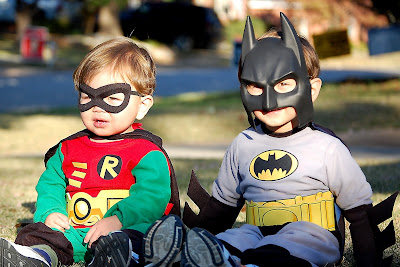 Posted by Michelle at 8:45 PM 3 comments

I am going to try and retell this as verbatum as possible. I am glad I wasn't eating because I think I would have choked. We were leaving Shoe Carnival and all the sudden from the backseat Walker started up...

"Dear Dod, Sanks go much for Big B's Halloween Party. Daddy was Superman, Mommy was a Towboy, Pappy was a towboy, mimi was a Titty. Sank you for all my friends, sank you for food. Sank you Jeedus. Thank you friends. Dod our Father"

I asked him where he learned to pray like that. It was quite loud and over the top, much like a Charismatic preacher. LOL. Atleast he is learning to pray.

Posted by Michelle at 4:07 PM 3 comments

Michelle
I am a 33 year old mother of 2 wonderful boys and 1 sweet baby girl. Walker is 4.5, Truman is almost 3 and Jane Wyatt will be 1 next month. I have the best husband a woman could ask for.